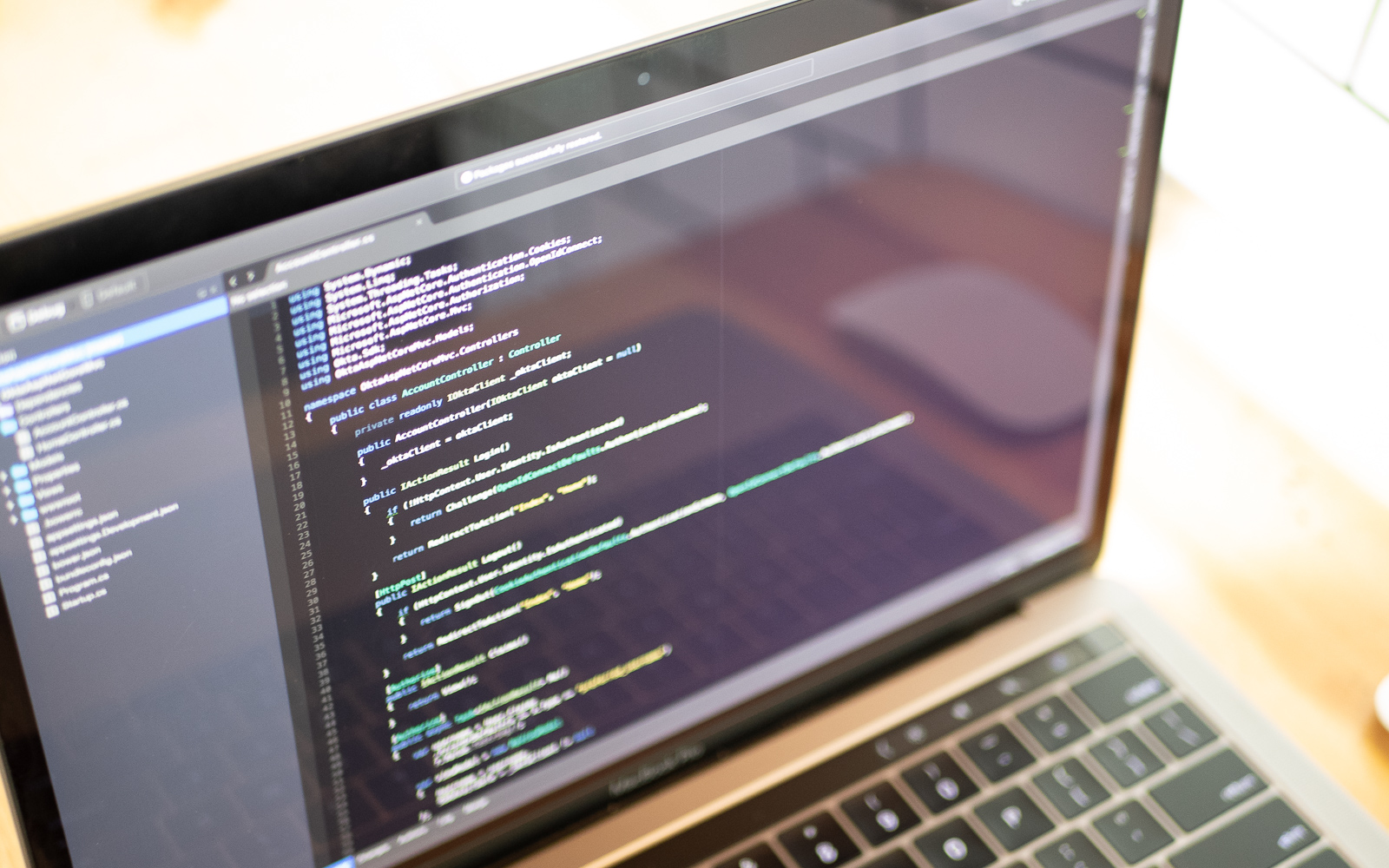 Developers have been lauded as being early adopters when it comes to technology products, but they seem to be late bloomers when it comes to dropping old habits. It took years of convincing and some guidance from Microsoft to get .NET developers to stop using Hungarian Notation in their programs, but there’s is one last “comfort blanket” it left: developers still use the “I” prefix for interfaces. I want it to stop. Let it go. It’s over. Hungarian Notation lost in 2003.

NOTE: While this post uses .NET and C# as examples, it really applies to all statically-typed languages that were infected with the Hungarian Notation disease.

What Is Hungarian Notation?

If you’re a relatively new .NET developer, you might never have used Hungarian Notation before, so let me explain. Hungarian Notation is a naming convention for variables that helps developers that read your code later (including future you) to discern what the type for that variable was meant to be. As an example:

Now, this may be an extreme example. There weren’t a lot of developers that went with the clsClassName convention, but some still do things like naming class-level variables with a ‘m_’ prefix like ‘m_strName’.

This is No Longer Necessary

In the early days of programming, IDEs weren’t much more than glorified text editors. There wasn’t much in the way of syntax highlighting and nothing in the way of contextual help. Using these prefixes helped developers who were writing code in Notepadesque developer tools with a little bit of discovery about a programmer’s intentions. If you meant for this variable to be used as a string, prefixing it with str actually helped convey your intentions to those who came after you.

With the rich developer tools available today, there is no reason for this. The color of a variable or type tells you most of what you need to know about it. If that’s not enough, the contextual help systems in most IDEs will tell you more about that type than any naming convention.

For the most part software development has left those conventions behind, but the “I” before an interface type persists.

You might be thinking, “Well Microsoft still uses the ‘I’ interface naming convention.” That is true, and I would argue that it buys them nothing. Visual Studio already colors the interface type differently from a class type. If I have any other questions, hovering over the type will tell me what I might need to implement, and F12 will even take me to the code!

You might now be thinking, “Yeah maybe it doesn’t buy me anything, but there’s no real harm is there?”

I would argue that there is one big harmful side effect of using the “I” prefix for interfaces: It keeps developers from understanding the use and the power of interfaces. A little story about this.

Many years ago, I was training an experienced mainframe programmer in the ways of C# and .NET. He had many years of experience writing procedural code, but this was his first foray into object-orientation. He picked up most of it very quickly, so I gave him a small programming task in the project we were working on. I walked him through a similar piece of the application and showed him how you coded to abstraction with interfaces. He then went off to code his small piece.

When I began my code review I noticed a class, call it the PersonRepository class. He also had an IPersonRepository interface. I thought, “Great, he got it!”, but when I opened the interface there were no method signatures in it. The class did exactly what it should, but the interface was doing nothing.

This was not an isolated incident with developers over the years. Understanding of interfaces among developers that I have trained and worked with ranges from complete ignorance that interfaces exist to misunderstanding what they are used for. I was there myself for quite a few years when I started. My only exposure to interfaces was IDisposable, and I never used them in my own code. When I have forced developers to drop the “I” from interfaces the purpose of interfaces comes quickly and sharply into focus.

Do You Really Understand Interfaces?

As you can see dropping the “I” from the interface forces more useful names for the implementation classes. These are easily switchable in the dependency injection container. So if you work in a large enterprise where getting a database procured can take a while, you can just use the InMemoryPersonRepository implementation until the database is ready. I’ve done it at clients before and it works seamlessly.

NOTE: Let’s ignore async for a minute and focus on the usage here.

You now have two new levels of understanding of interface (and abstractions in general), just because you dropped the “I” and were forced to find a new name for the concrete class.

A bonus third level is that interfaces should be used like classes. They are, after all, abstractions of those classes.

If you haven’t rage-closed your browser and you’re still with me, you might have one last question: “What if I want to provide a ‘default’ implementation?”.

This is especially important for library developers. Microsoft does this with things like the IClaimsPrincipal and their default implementation of ClaimsPrincipal. I would suggest one of two approaches:

You could provide a “default” implementation by using an abstract class instead of an interface. Just be aware that if you intend your consumers to inherit from this class, you should stick to an interface since you can only inherit from one class but you can implement many interfaces. This leaves some flexibility for developers consuming your code later.

Also by dropping the “I” from the interface in your code, you pass along those same benefits to consumers of your library. Everybody wins!

Want to learn more about .NET and software development in general? Check out these killer posts!