In the beginning, there were proprietary approaches to working with external identity providers for authentication and authorization. Then came SAML (Security Assertion Markup Language) – an open standard using XML as its message exchange type. Then, there was OAuth and OAuth 2.0 – also open as well as being a modern, RESTful approach to authorization using JSON as its medium. And now, the holy grail of “secure delegated access” OpenID Connect (henceforth OIDC), which runs on top of OAuth 2.0.

But wait. What was wrong with OAuth 2.0? To understand better, let’s first dispense with the term, secure delegated access. It’s too vague and has led to confusion between authentication (authn) and authorization (authz).

Without secure, external authentication and authorization, you’d have to trust that every application, and every developer not only had your best interests and privacy in mind, but also knew how to protect your identity and was willing to keep up with security best practices. That’s a pretty tall order, right? With OIDC, you can use a trusted external provider to prove to a given application that you are who you say you are, without ever having to grant that application access to your credentials.

OAuth 2.0 leaves a lot of details up to implementers. For instance, it supports scopes, but scope names are not specified. It supports access tokens, but the format of those tokens are not specified. With OIDC, a number of specific scope names are defined that each produce different results. OIDC has both access tokens and ID tokens. An ID token must be JSON web token (JWT). Since the specification dictates the token format, it makes it easier to work with tokens across implementations.

In this blog series, I share a primer on OIDC. In the first post, we’ll review some key concepts around OIDC and tokens, explained in human terms. Then, we’ll look at OIDC in action with some specific code examples to highlight its value in the authentication and authorization ecosystem. Finally, we’ll dig into the guts of the different token types and how to control what goes into them.

You can see the various concepts and OIDC interactions covered at: https://okta-oidc-fun.herokuapp.com

The code that backs this is at: https://github.com/oktadeveloper/okta-oidc-flows-example

Before we dive into the minutiae of OIDC, let’s take a step back and talk about how we interact with it.

Typically, you kick off an OIDC interaction by hitting an /authorization endpoint with an HTTP GET. A number of query parameters indicate what you can expect to get back after authenticating and what you’ll have access to (authorization).

Often, you’ll need to hit a /token endpoint with an HTTP POST to get tokens which are used for further interactions.

OIDC also has an /introspect endpoint for verifying a token, a /userinfo endpoint for getting identity information about the user.

All of the above endpoints are the convention, but can be defined by the OP to be anything. One of the great improvements in OIDC is a metadata mechanism to discover endpoints from the provider. For instance, if you navigate to: https://micah.okta.com/oauth2/aus2yrcz7aMrmDAKZ1t7/.well-known/openid-configuration, you’ll get back a JSON formatted document with the metadata that identifies all the available endpoints from the OP (Okta, in this case).

Scopes are space-separated lists of identifiers used to specify what access privileges are being requested. Valid scope identifiers are specified in RFC 6749.

OIDC has a number of built in scope identifiers. openid is a required scope. All others – including custom scopes – are optional. The built-in scopes are:

The default profile claims are:

Notice how the scopes are tied to claims. You may be asking, what the heck are claims?

A number of the profile claims are included above. That’s because the request for the user’s info was made using a token that was obtained with the profile scope. In other words, a request is made that results in the issuance of a token. That token contains certain information based on the scopes specified in the original request.

When working with OIDC, you’ll hear talk of various “flows”. These flows are used to describe different common authentication and authorization scenarios. Considerations include the type of application (like web-based or native mobile app), how you want to validate tokens (in the app or in the backend), and how you want to access additional identity information (make another API call or have it encoded right into a token).

There are three primary flows: Authorization Code, Implicit, and Hybrid. These flows are controlled by the response_type query parameter in the /authorization request. When thinking of which flow to use, consider front-channel vs. back-channel requirements. Front-channel refers to a user-agent (such as a SPA or mobile app) interacting directly with the OpenID provider (OP). The implicit flow is a good choice when front-channel communication is required. Back-channel refers to a middle-tier client (such as Spring Boot or Express) interacting with the OP. The authorization code flow is a good choice when back-channel communication is required.

Authorization Code flow uses response_type=code. After successful authentication, the response will contain a code value. This code can later be exchanged for an access_token and an id_token (Hang in for now, we’ll talk about tokens in more depth later on.) This flow is useful where you have “middleware” as part of the architecture. The middleware has a client id and client secret, which is required to exchange the code for tokens by hitting the /token endpoint. These tokens can then be returned to the end-user application, such as a browser, without the browser ever having to know the client secret. This flow allows for long-lived sessions through the use of refresh tokens. The only purpose of refresh tokens is to obtain new access tokens to extend a user session.

Implicit flow uses response_type=id_token token or response_type=id_token. After successful authentication, the response will contain an id_token and an access_token in the first case or just an id_token in the second case. This flow is useful when you have an app speaking directly to a backend to obtain tokens with no middleware. It does not support long-lived sessions.

Hybrid flow combines the above two in different combinations – whatever make sense for the use case. An example would be response_type=code id_token. This approach enables a scenario whereby you can have a long lived session in an app and get tokens back immediately from the /authorization endpoint.

With the foundation of scopes, claims, and response types, we can now talk about tokens! There are three types of tokens in OIDC: id_token, access_token and refresh_token.

An id_token is a JWT, per the OIDC Specification. This means that:

There’s a set of rules in the specification for validating an id_token. Among the claims encoded in the id_token is an expiration (exp), which must be honored as part of the validation process. Additionally, the signature section of JWT is used in concert with a key to validate that the entire JWT has not been tampered with in any way.

A Brief History of JWTs

In the beginning tokens were opaque – they carried no intrinsic information. This was fine as the server knew the token and could look up any data related to it, such as identity information.

When the OAuth 2.0 spec was released in 2012, it defined token types (such as access and refresh tokens), but it purposely avoided dictating the format of these tokens.

In 2015, the JWT spec was released. It proposed the creation of tokens which encoded other information. This token could be used as an opaque identifier and could also be inspected for additional information – such as identity attributes. It called these attributes claims. The spec also includes provisions for cryptographically signed JWTs (called JWSs) and encrypted JWTs (called JWEs). A signed JWT is particularly useful in application development because you can have a high degree of confidence that the information encoded into the JWT has not been tampered with. By verifying the JWT within the application, you can avoid another round trip to an API service. It also allows to enforce behavior, like expiration, because you know the exp claim has not been altered.

There’s no direct relationship between JWT and OAuth 2.0. However, many OAuth 2.0 implementers saw the benefits of JWTs and began using them as either (or both) access and refresh tokens.

OIDC formalizes the role of JWT in mandating that ID Tokens be JWTs. Many OIDC implementers will also use JWTs for access and refresh tokens, but it is not dictated by the spec.

Access tokens are used as bearer tokens. A bearer token means that the bearer can access authorized resources without further identification. Because of this, it’s important that bearer tokens are protected. If I can somehow get ahold of and “bear” your access token, I can masquerade as you.

These tokens usually have a short lifespan (dictated by its expiration) for improved security. That is, when the access token expires, the user must authenticate again to get a new access token limiting the exposure of the fact that it’s a bearer token.

Although not mandated by the OIDC spec, Okta uses JWTs for access tokens as (among other things) the expiration is built right into the token.

OIDC specifies a /userinfo endpoint that returns identity information and must be protected. Presenting the access token makes the endpoint accessible.

You may be asking: Why do this dance? This approach strikes a balance between user experience and security. Imagine if the user is compromised in some way. Or, their subscription expires. Or, they are fired. At any point, the refresh token can be revoked by an admin. Then, step three above will fail and the user will be forced to (attempt to) establish a new session by authenticating. If their account has been suspended, they will not be able to authenticate.

It can be confusing sometimes to distinguish between the different token types. Here’s a quick reference:

In this post, we learned some basics about OpenID Connect, its history, and a bit about the various flow types, scopes, and tokens involved. In the next installment, we see OIDC in action!

If you want to jump ahead, check out the example at: https://okta-oidc-fun.herokuapp.com

And, the source code is at: https://github.com/oktadeveloper/okta-oidc-flows-example

The whole series is live now. Part 2 is here. Part 3 is here. If you’d like to see other security-focused articles like this, you might want to check out our new security site where we’re publishing in-depth articles for infosec people. 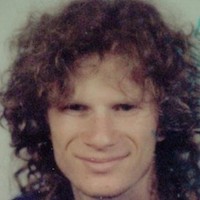 Micah Silverman is a Senior Security H@X0R. With 25 years of Java Experience (yup, that's from the beginning), he's authored numerous articles, co-authored a Java EE book and spoken at many conferences. He's a maker, who's built full size MAME arcade cabinets and repaired old electronic games. He brings his love of all things Java and Developer Advocacy to you!