This post is syndicated from the JHipster community blog on dev.to. The Okta DevRel team thought you’d find it insightful. Okta is the platinum sponsor of the JHipster project.

Several weeks ago, we launched the JHipster Community Survey. The goal was to get feedback from the community about the most useful features and components, things that are missing, and where we should focus our attention to make the project even better for everyone.

We got over 500 responses; thank you all for taking the time to contribute and share the survey with your community! Now let’s take a look at the results!

How do you use JHipster?

The first section of questions was dedicated to understanding the most common scenarios in which JHipster is used, and how exactly, so we can focus our efforts accordingly.

Which client-side frameworks do you use with JHipster?

The most commonly used framework in the JHipster community is Angular, with 68.3% of respondents making it their #1 choice. React is in second place with 35.3% votes, and the rest of the votes are distributed between Vue.js, Svelte, and using none: 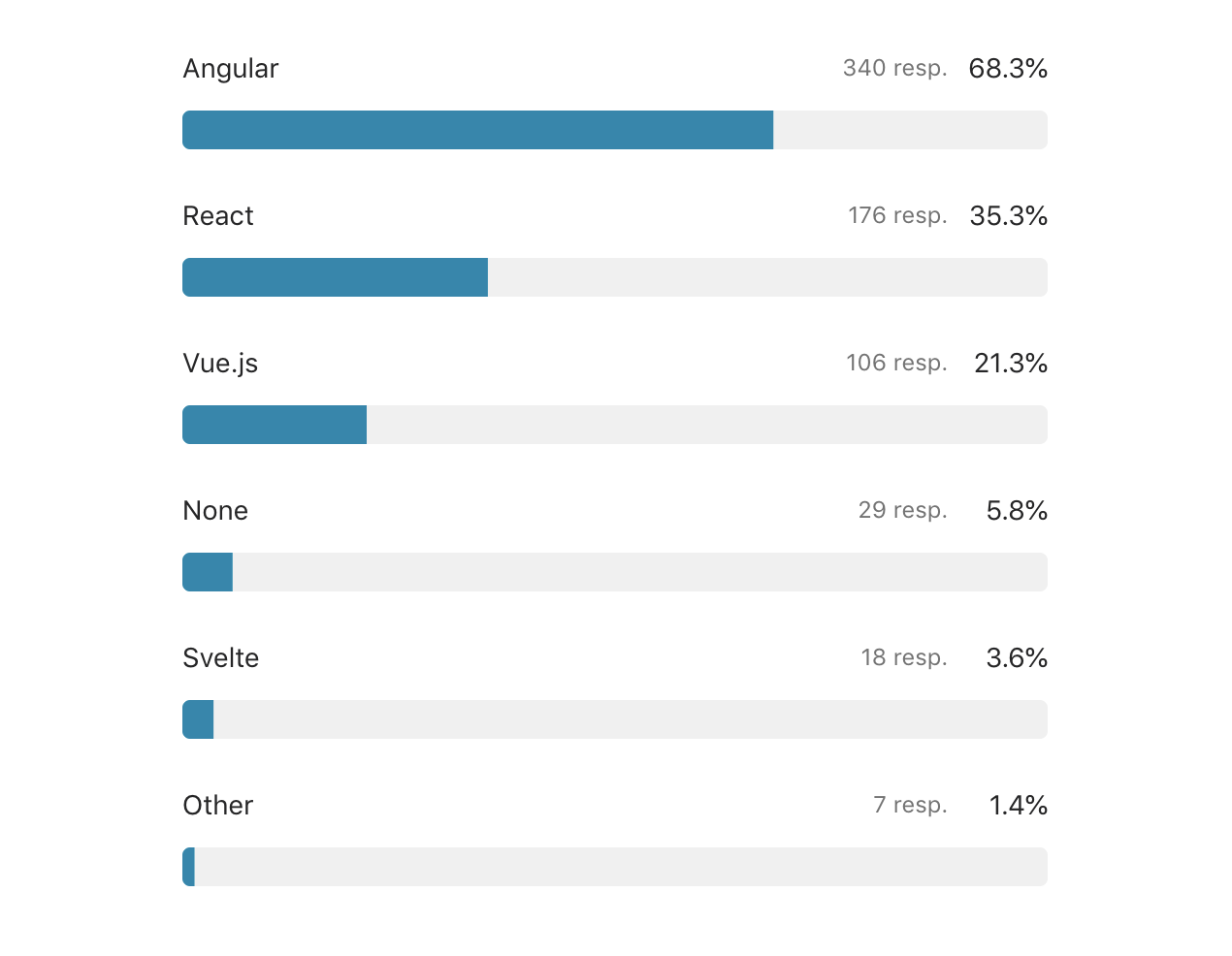 What kind of applications do you create with JHipster?

It was very interesting to understand what kind of applications developers are building with JHipster. SPA/Monolith is a clear winner (78.3%), with Microservices being a close second (60.8%). Gateways and Server-only projects were equally popular: 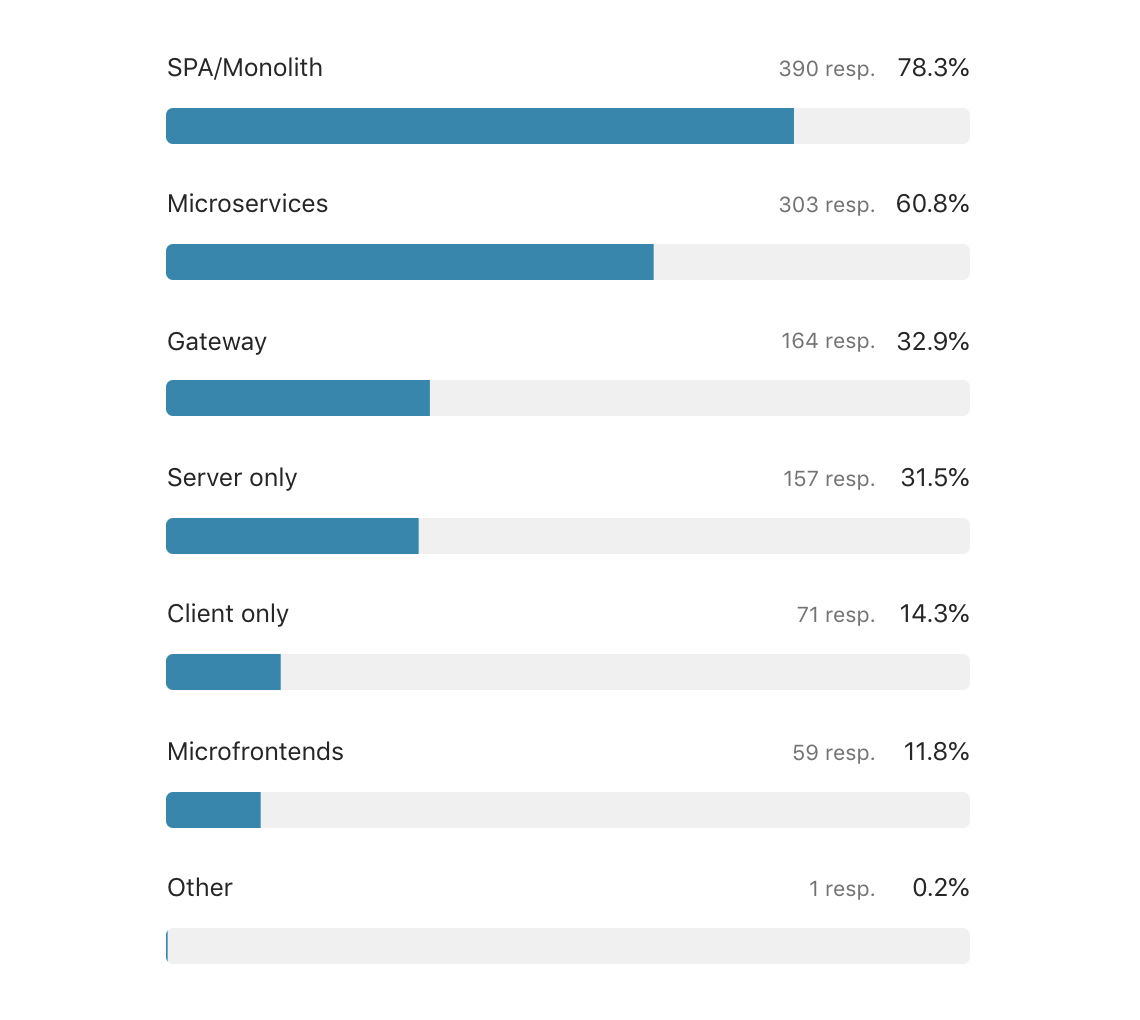 Outside Java/Spring Boot, do you use other languages/frameworks supported by JHipster?

Many developers use JHipster for Java and Spring Boot projects, but do they use it for other platforms and frameworks? Yes; Node.js, Kotlin, and Flutter are quite popular, as well as such frameworks as Quarkus, Ionic, React Native, and Micronaut. 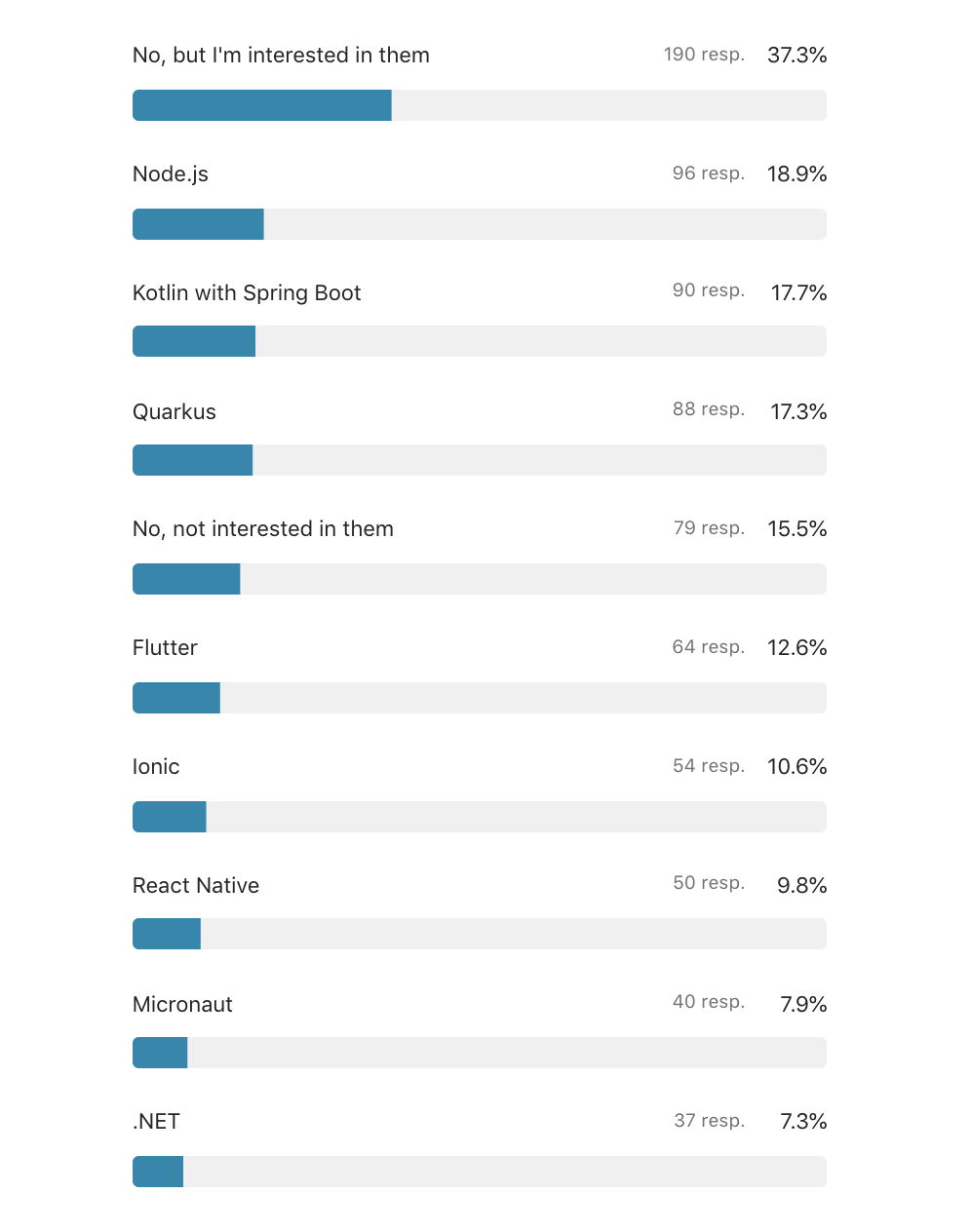 What is one thing you love about JHipster?

This was an open question, where everyone could share what they like about JHipster in any form. Some of the most popular answers were the following:

… and many other things.

Thanks everyone for this great feedback!

What can be improved?

We also asked to identify one thing people hate about JHipster, so we can improve it. Many users said there is no such thing! :) Others pointed out that improving some of the documentation, the upgrade process, entities update, and adding more tutorials, in particular for various cloud platforms, would be great.

How would you rate the quality of generated code? 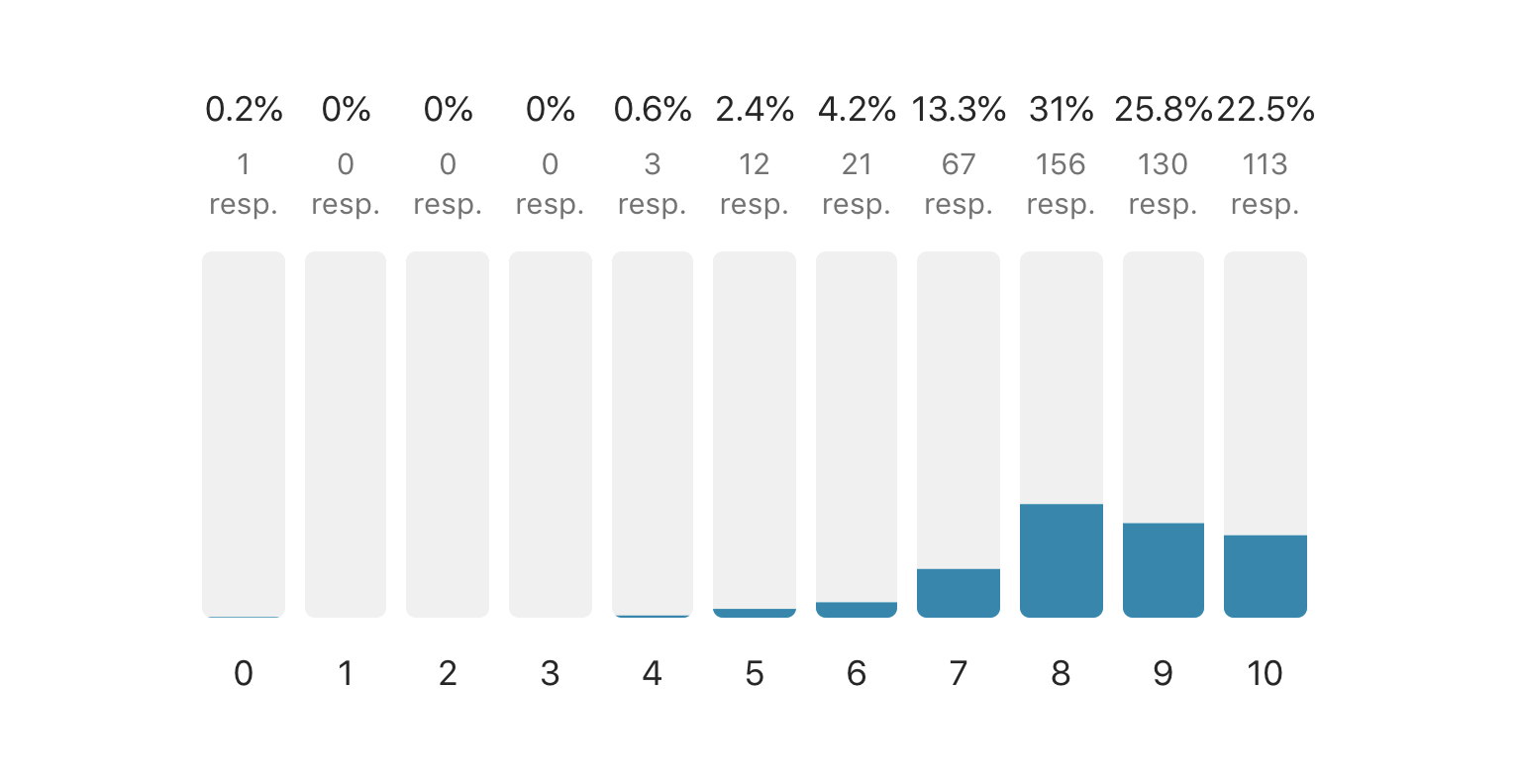 Some of the most interesting and at the same time challenging questions to answer for each project are about the roadmap. Which features should we prioritize? What is missing? Are our current plans and assumptions right, or do our users feel differently? To get night into that, we asked our users several questions about the roadmap.

What features would you like to see in JHipster?

All of the options that we put up for voting - micro frontends, GraphQL support and GraalVM Native Image support, are highly anticipated by the community. Some of the features suggested by the community, were support for TypeScript, DynamoDB, Flyway, Redis and Vert.x, extended Neo4J support, and Python support, along with introducing app templates and entity-based application dashboards, and others. 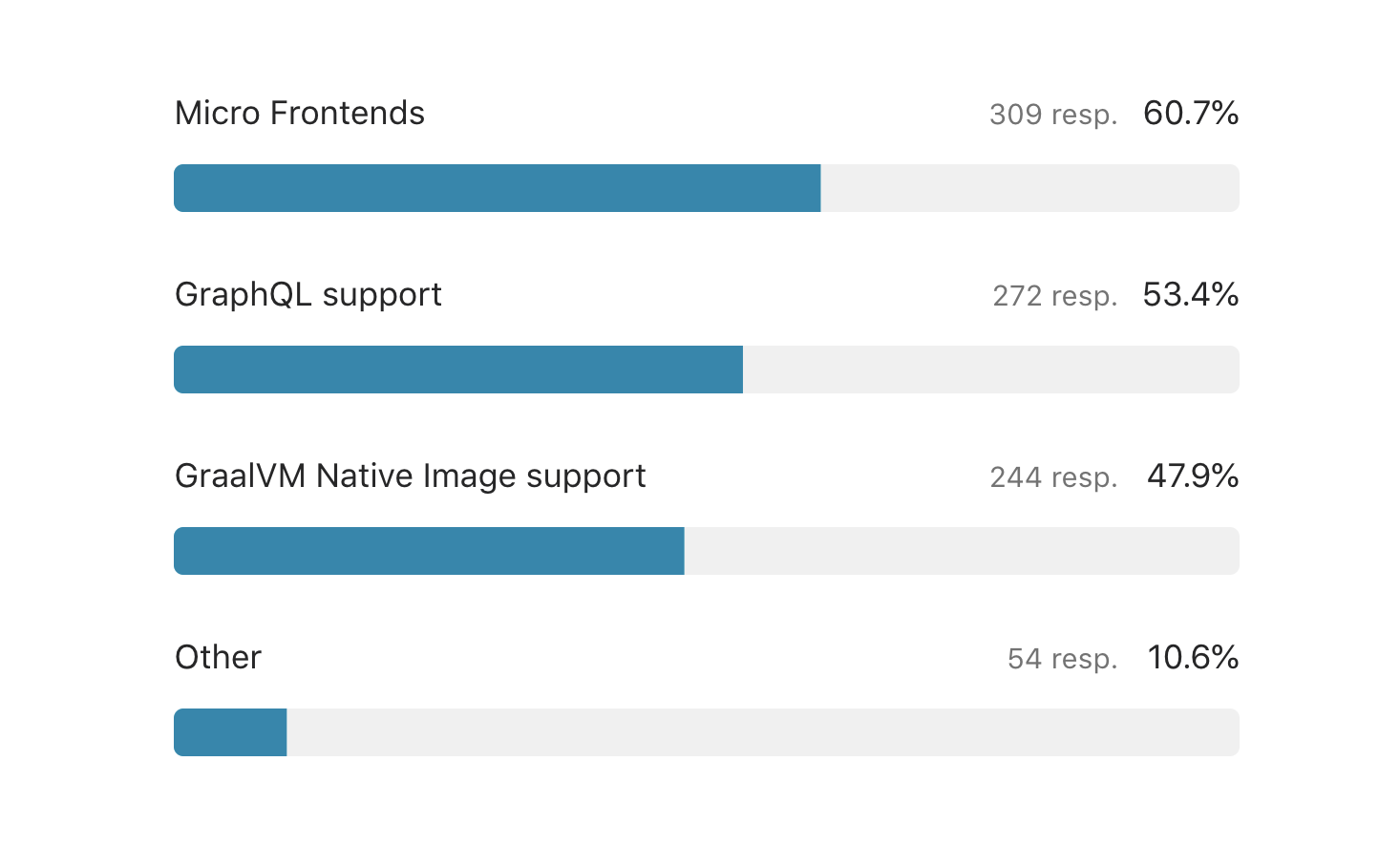 If you could improve the getting started experience for JHipster, what would you change?

A few users suggested having a minimalistic version of Jhipster, which is already addressed with the recent announcement of JHipster Lite — go and give it a try, if you haven’t yet!

Other suggestions were to have more project samples, a simple JDL sample (like “Book” and “Author”), outlining best practices for upgrading, creating sample projects with various integrations, and adding more short explainer videos and step-by-step tutorials for beginners.

We also asked a few questions to better understand who our users are, and in what context they are using JHipster.

And a few more details about developers using JHipster.

Which programming languages do you regularly use?

Another question we asked was about programming languages. Almost all our respondents use Java (96.1%), which is not surprising since a lot of JHipster’s backend options are Java-based. JavaScript is also popular (61.9%), probably primarily for the front-end part. Python and Kotlin are next, which also corresponds to feature request data we’ve seen before. 9% of the users also chose C# and Golang: 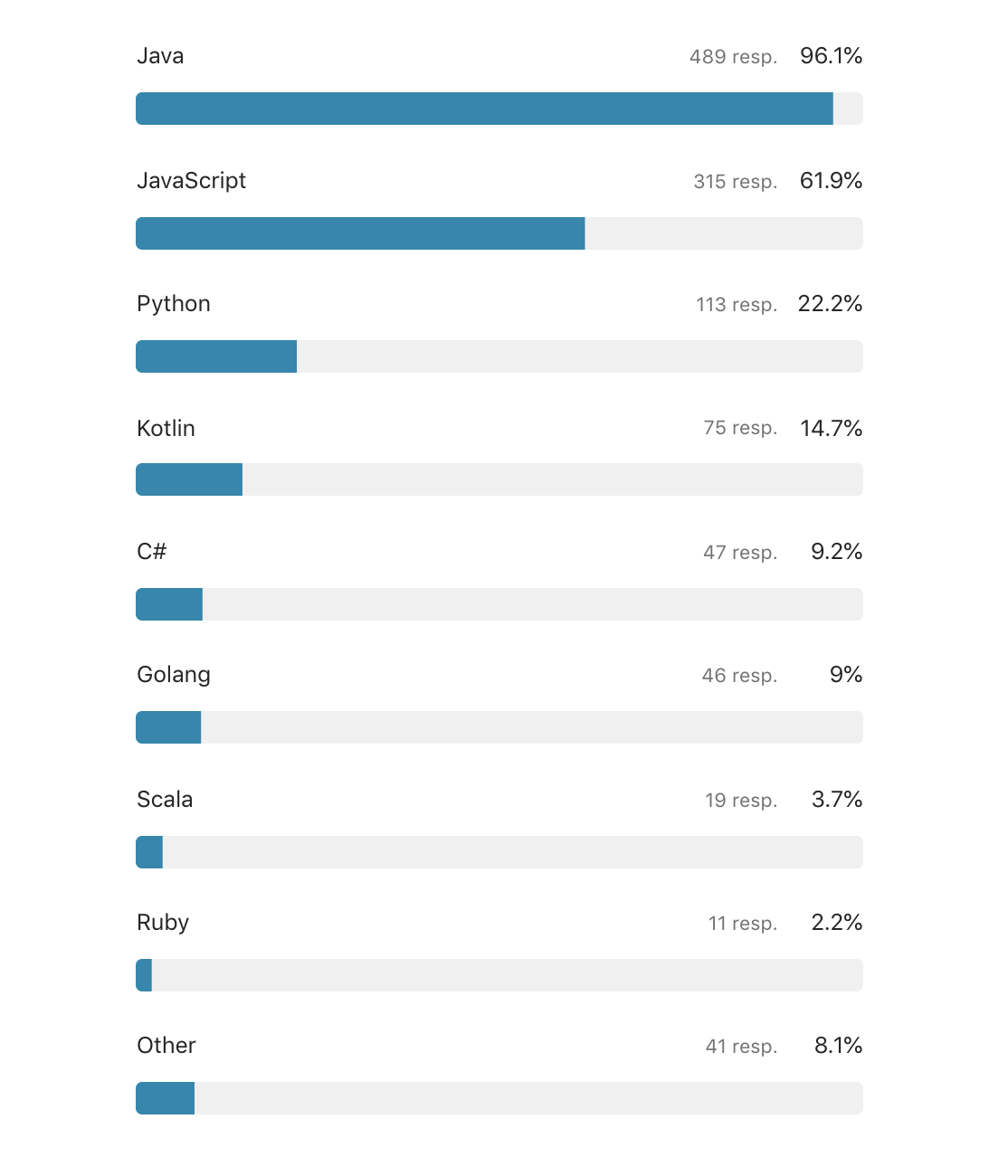 Have you ever made contributions to the project?

JHipster is lucky to have a very active and engaged community. Every third community member helped the project by providing feedback via GitHub, and every fourth created content about it, such as blog posts, event talks, etc. Other contributions, such as sending code PRs, contributing to docs, and helping other developers, are extremely valuable and improve the project for everyone. 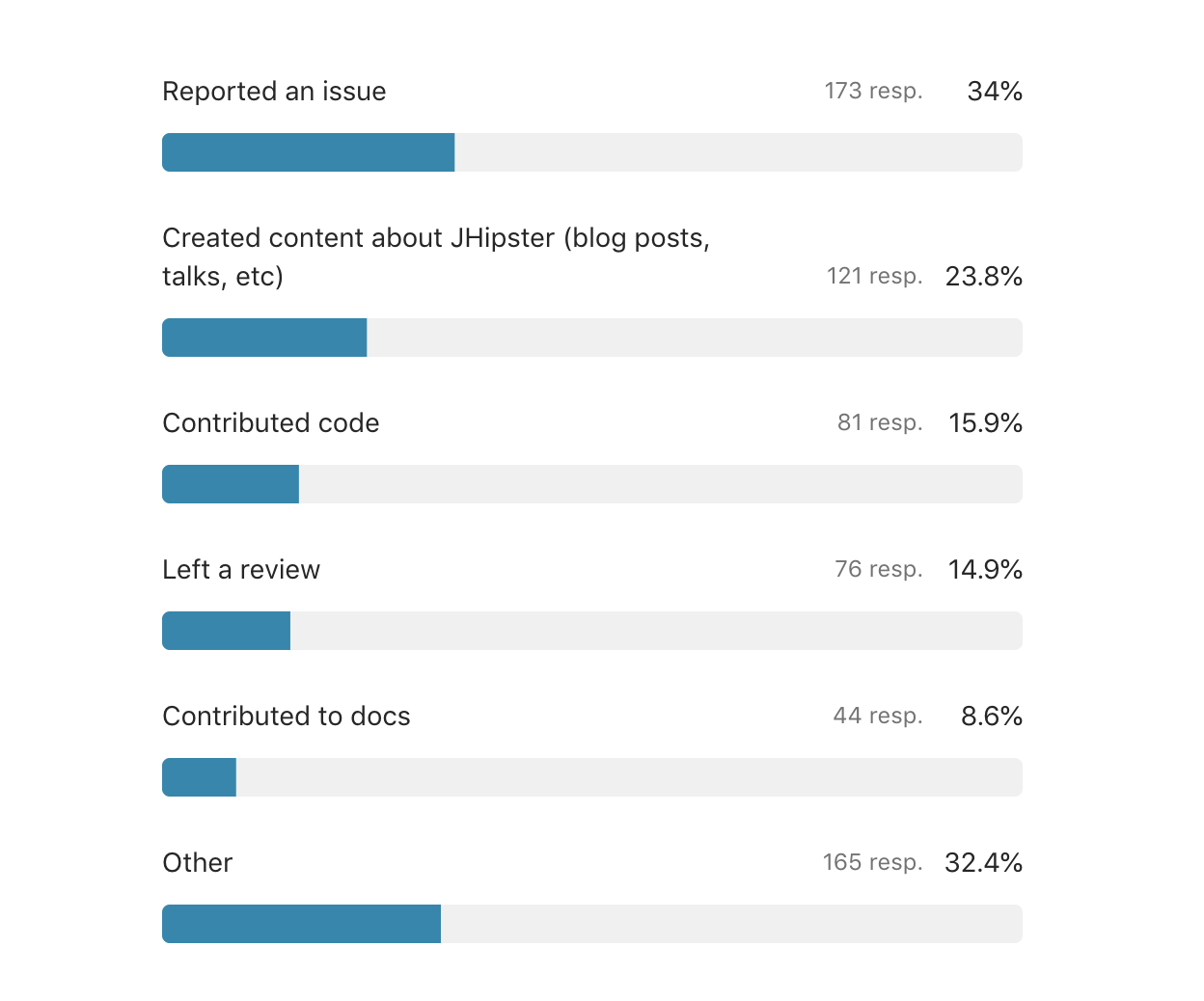 Thanks again to everyone for taking the time to provide this feedback. We will go through the suggestions with the core team, and will use the results to adjust the project plans.

Some of the most requested features are already on our roadmap, with ongoing work happening and bounties on them — feel to contribute or share your thoughts in corresponding GitHub tickets!

If you didn’t have a chance to participate in the survey, or have other suggestions, your feedback is always welcome on GitHub and Twitter. 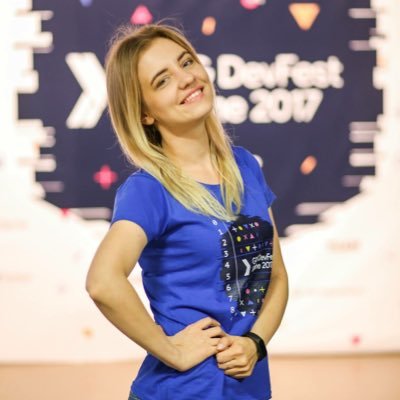