GitHub recently announced a new feature, GitHub Package Registry, currently in beta. It’s designed to allow GitHub users to publish and distribute packages of their software directly on GitHub instead of relying on an external system.

At a glance, GitHub Package Registry has the following features and benefits.

* Fairly confident this is true.

GitHub Package Registry will be a great alternative for larger teams with private repositories and the need to secure private packages for internal consumption. No more having to host and configure your own npm proxy service or paying for a third-party solution!

GitHub Package Registry will most likely evolve into a better set of application lifecycle tools for GitHub users, and a better DevOps story for teams that use GitHub. It totally makes sense to store your application’s artifacts alongside the source code, and have a single place to manage access. This is especially true for applications composed of multiple technologies, such as a mixture of Node.js, .NET, Java, and Docker.

One of the most compelling advantages of GitHub Package Registry will be leveraging the identity and authorization of repositories to apply the same level of security to packages and artifacts.

Installing packages from GitHub won’t be supported by the npm command-line interface (CLI) by default. You will first need to authenticate with GitHub using npm login or store your user token in your local .npmrc configuration file.

I don’t think so. At least, not in its current form. There’s still too much friction in setting up the npm CLI tool and configuring projects. I don’t think we’re going to see any shift in libraries hosted on npm today moving to host their packages only on GitHub.

What are your thoughts on GitHub Package Registry and the future of npm? Share in the comments below!

Want to learn more about Node.js and software development in general? Check out these killer posts! 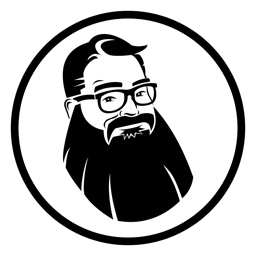