If you use Puppet to automate configuration management across dynamic server fleets, there’s a question about identity & access management – how do you get accounts and credentials on the machines?

A common practice is to push SSH Keys for every admin user to every server. This has major security implications, however. What happens when an administrator leaves the company? It is usually up to someone to clear out those keys on each machine, oftentimes a manual process.

Another common practice is to front your servers with an LDAP interface, configuring a local PAM module on each machine to sync local server accounts with an upstream Identity Provider. This leaves a significant operational burden, however. Do you want to run an HA middleware service blocking your ability to scale in the cloud? I doubt you do.

In this tutorial, we will overcome both issues by seamlessly injecting Okta into your Puppet Infrastructure as Code to effectively Shift Identity Left: 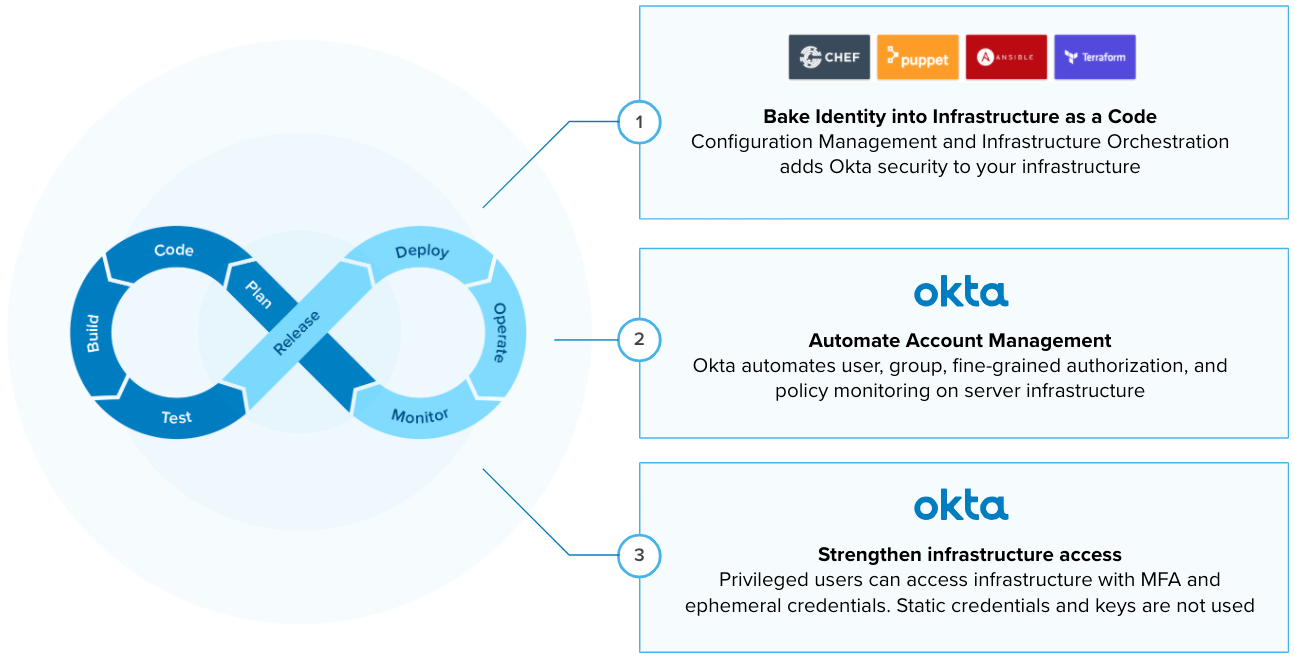 Create your Puppet project and get an enrollment token in ASA

After installing the agent binaries, the okta-asa-sample.pp code:

Edit the okta-asa-sample.pp file and update line 2, with the asa enrollment token.

Validate the example in the primary server (without executing the change): puppet apply okta-asa-sample.pp --noop

Test the sample code of your Puppet Project

It’s time to test the code. To do this, apply the sample on your Puppet primary server to enroll this server in Okta ASA.

Tip: For this tutorial, I’m using a test environment. For use in production, we recommend tests isolated in a new puppet client before running on production clients and primary servers.

To confirm the primary server is enrolled, check the list of servers in ASA:

With the primary server enrolled, let’s move to the clients.

Copy the sample manifest to the environment folder. For example: cp okta-asa-sample.pp /etc/puppetlabs/code/environments/production

Access your puppet clients and execute the command puppet agent -tv (or wait until the clients fetch the new configuration from the primary server).

The Puppet client will fetch the manifest, install and configure ASA, and return the following:

In ASA, you will see the servers enrolled in your project:

To set up the ASA agent, enter sft enroll and follow the instructions

Note: Wait… What Okta ASA does for the login?

After testing the sample on some clients, you may expand to the rest of your infrastructure and tweak the sample to take full advantage of your Puppet environment – i.e. Bolt, Hiera, secret management tools, and best practices.

You can also turn on additional features in Okta ASA, such as setup sudo grants, time-based access, use of bastion hosts, and SSH session capture just to name a few. All these features reduce the load on your catalogs and allow consistent account configuration across multiple servers. 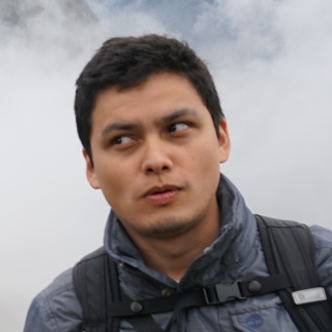