The following API feature enhancements and bug fixes are available in the 2017.34 release. Dates for preview and production release are the earliest possible release date. Always check your org to verify the release version. 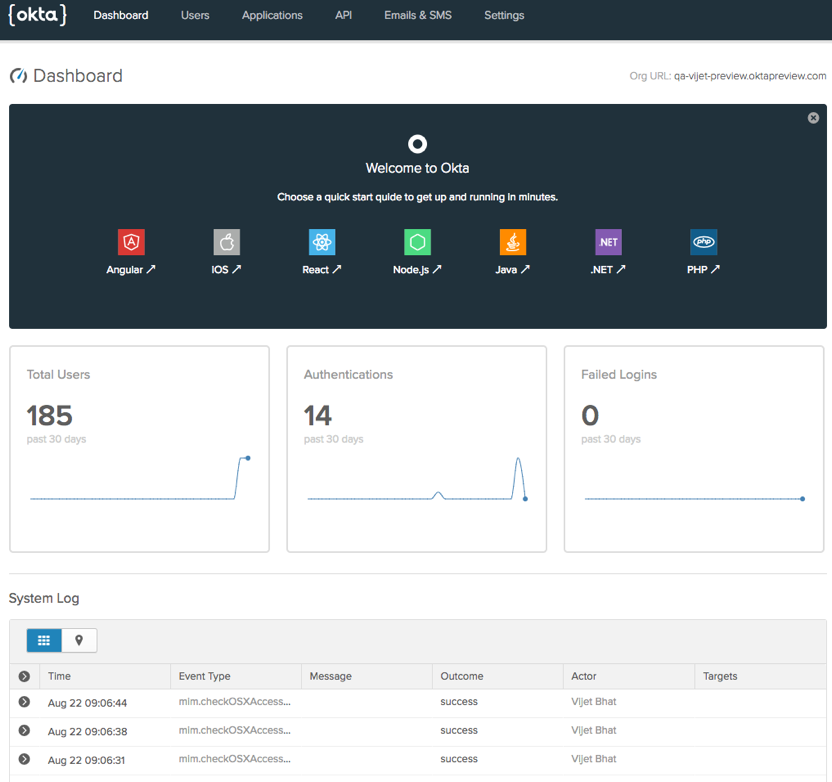 Use the developer dashboard to access quick-start guides for your favorite language and view recent system log events. You can also create an OpenID Connect app more easily with this simplified flow:

Zones are used to group IP Address ranges so that policy decisions can be made based on the client's IP location.

The Zones API is an Early Access release. Contact Support (opens new window) to enable it. This API can be enabled beginning August 22, 2017 for preview orgs, and beginning September 5, 2017 for production orgs.

Edit This Page On GitHub
On This Page